Who We Are  Administrative Leadership  Clinical Services  Larry Wissow 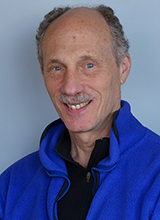 ​I am a child and adolescent psychiatrist also trained in pediatrics. The longstanding theme of my research has been on the detection of psychosocial problems in children and families, with a particular interest in what happens at the interface between primary care and mental health care. My initial clinical work as a pediatrician involved families in which child abuse was suspected, and thus my early research on detection of psychosocial problems involved how clinicians might best learn that a given family was experiencing some form of violence.

When I returned to training and became a child psychiatrist, my focus shifted to the more general issue of how, in the course of clinician-child-parent interactions, psychosocial issues were asked about, disclosed, and discussed. I have explored this question from a number of angles, including work in different cultures in the US (African-American, Latin American, American Indian), in different countries (Brazil, Ethiopia, Pakistan, Iran), in differences attributable to provider gender, across a range of sensitive issues (including suicide and end-of-life decision-making), and across clinical settings (pediatric and adult primary care, emergency care, and chronic disease management).