Who We Are  Faculty  Jason Ramirez 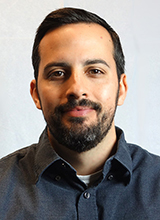