Who We Are  Faculty  Peter Vitaliano 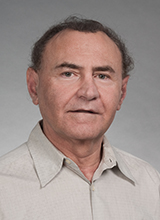 Over the last 25 years, my work has focused on relationships between stress and health in several risk groups (spouse caregivers of persons with Alzheimer’s disease, medical students, psychiatric/medical outpatients/inpatients, air traffic controllers, and camp counselors). We have developed and/or revised measures of medical student stress, caregiver burden, patient anger/dyscontrol, process coping, appraisal, neuropsychological function and physician awareness of patient problems. These measures have been used by university researchers, insurance companies, pharmaceutical companies in clinical trials, prisons, nursing homes/long term care, rehabilitation facilities, and public health organizations. These psychosocial and behavioral measures have been shown to predict and be predicted by physiological and cognitive measures. We have also focused on moderators of such relationships, such as gender, personality, and co-morbidities. We have used primarily multicohort long-term studies that allow for interactions between exposures to stressors, hard-wired vulnerabilities, and more temporal resources. We attempted to identify mechanisms that can be potentially altered to have long-term public health significance in persons under chronic stress. I have also attempted to isolate groups that are at high risk for negative outcomes. In a perfect world, interventions should be used to help all persons who have deleterious responses to stress, but society cannot afford this. For this reason, the identification of high risk groups is imperative for maximizing the effect of interventions. My research program’s long range goal is to better understand the mechanisms by which chronic stress translates into physical, mental, or cognitive health problems. We are examining caregivers of spouses with AD and demographically-similar spouse non-caregivers across time and assessing the degree to which elevated depression, stress hormones, inflammation, and insulin resistance in caregivers predict cognitive decline in caregivers relative to non-caregivers. We are also attempting to replicate our earlier work that showed that chronic stress and chronic disease moderate each other’s physiological risks. For example, physiological dysregulation that is specific to a disease (e.g., metabolic syndrome with CHD, blood pressure reactivity with hypertension, and immune function with cancer history, HbA1c with diabetes) is exacerbated in caregivers with a chronic disease relative to non-caregivers with a chronic disease, but no such differences occur in caregivers versus non-caregivers without a chronic disease. Finally, we are examining a large cohort of older adults sampled from various U.S. communities in order to assess the influence of life stressors on long term cognitive function and potential mediators of such changes.

My teaching is guided by the Scientific Method and Evidence-Based Research.

I believe strongly in the use of Theoretical Models of Cause and Effect that can be tested by Empirical Research. For the last 40+ years my research has used Theoretical Models of Stress to examine relationships between Exposures to Stressors and Distress and how they are moderated by Vulnerabilities that occur before Stress Exposures and mediated by Resources available to the person under stress. Our models predict Psychological Distress (depression, anxiety, anger) and Health Habits (exercise, alcohol use, diet) which in turn predict Physiological Disregulation (Immune, Metabolic and Cardiovascular Function).

Our models have been applied to many populations in research projects that were funded by public and private entities. These populations include people exposed to natural disasters, medical students, air traffic controllers, men who are violent towards their spouses, people with cancer, heart disease, hypertension, clinical depression, schizophrenia and caregivers of persons with Alzheimer’s disease.