Who We Are  Faculty  Larry Zweifel 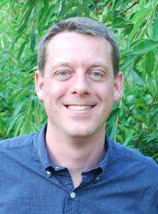 The main focus of my research efforts are to define how specific genes influence neuronal connectivity and function within neural circuits that regulate innate and motivated behaviors with a special emphasis on genes linked to psychiatric disorders such as schizophrenia and depression.

We have also shown that phasic activation of dopamine neurons potently influences fear processing by the amygdala and is critical for the prevention of generalized fear and anxiety. Other recent developments in the lab include the identification of CRF neurons in the central amygdala as key regulators of cued fear memory acquisition and the identification of a novel dopaminergic pathway within the hypothalamus that regulates social behavior